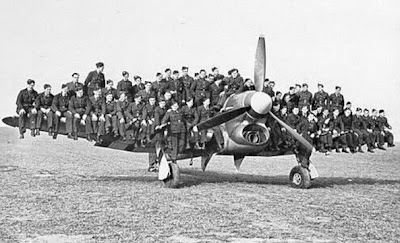 What is a load test? Why do we do them? Why do we sometimes recommend not doing them?


A load test is where a pile is installed on site and loaded to prove how much it compresses or stretches as load is applied. Piletech has performed hundreds of load tests over the last 16 years as a means of proving our system, particularly in the early days. In the process we have built up a large load testing database, which is a unique resource when designing piles for new projects across New Zealand. Used in conjunction with a site specific geotechnical investigation the load test database allows us to predict pile performance using real data before we ever set foot on site, producing designs that are cost effective and reliable.

Although there are costs associated with load testing, in many cases it can reduce the overall cost of the project. When considering 'to test or not to test' it pays to understand the benefits of testing, the programme implications, how this feeds into the consenting process and how it can change a pile design.

Engineering design is all about making a calculated assessment of each design element. In the absence of testing, a conservative design approach will be adopted. However, when we load test the amount of information that we have about a site increases, which in turn increases the confidence that a designer has about the soil properties and allows a more refined pile design. Generally this means that when a load test is carried out, lighter piles can be used, with less steel required.

It then becomes a question of economics. On a large project, economies of scale can be gained through refinement of the design - that is, the savings that can be made are greater than the cost of the testing. On smaller projects the opposite is true - in this case we would generally recommend that testing is not undertaken and a more conservative design approach is used. This results in heavier, more expensive piles, but a lower cost and faster construction programme overall.

All structural components of a building will experience some movement, or 'deflection' as they are loaded. Load testing consists of installing a test pile, usually before the main works, then applying weight to, or pulling on that pile and measuring how far it will compress or stretch as it is loaded.

The goals of the load test are twofold. Firstly, we want to prove that the pile can carry the load that the building will place on it, in the ground that is present on site. Secondly, we want to show the relationship between load and deflection - how much the pile will compress or stretch under a given load, and check if this is within acceptable limits.

Pile load tests need a large amount of 'reaction' - the opposite force that is required in order to push the pile to its limits. For small tests this can sometimes be provided using a kentledge system of weights, or even by using the excavator that installed the pile for dead weight. However, more often a system of 'reaction piles' is used - typically 2 - 6 piles installed in a grid around the test pile, connected with steel beams. Hydraulic jacks are used to apply pressure to the test pile in pre-determined increments, and the deflection of the pile head is measured and plotted on a graph.

All of this takes time and can be a significant cost to a project, so why do it?


Structural design in New Zealand is carried out using a system called 'limit state design'. Basically this means that engineers work out how much a building weighs and how big structural components such as piles need to be to carry that weight. They then apply safety factors to scale up the assumed weight of the building and scale down the assumed strength of a given component, so that the chances of any component being overloaded are very small.

For piles, typical 'strength reduction factors' range from 0.4 to 0.7. By way of example, if calculations tell us that a pile can carry 100 tonnes, and we use a strength reduction factor of 0.4, this means that even though the pile can carry 100 tonnes before it is considered to have 'failed', we will only assume that it can carry 40 tonnes for design purposes. In other words, that pile has 60 tonnes of reserve capacity.

So here is where load testing can save you money.


On a project where we don't do a load test, we need to use a conservative factor of say 0.4 - 0.5, like in the example above. On a project where we do perform load testing, we are getting site specific information, which increases the confidence level of the design. When we load test, the factor can be increased to as much as 0.7, depending on the site and other considerations. This means that the same pile used in the example above is now assumed to carry 70 tonnes, or nearly twice what it did in the first example.


Assuming that we have been involved early enough in the process, this allows us to work with the structural engineer to optimise the design, reducing the cost of the foundation and potentially saving time on site. The large database of load testing that Piletech has compiled over the last 16 years means that we are often able to predict load test results before carrying them out, and in doing so drive this design refinement process further forward in the design programme. In this scenario the load test simply verifies design assumptions and is a happy medium between absolute refinement of the design and balancing the programme requirements of a design and construction process.

For more information on how helpful Piletech's load test database can be, watch this space for an upcoming blog. In the meantime, we'd love to have a one on one discussion about how this can benefit your next project.